As the whole of Bengaluru was gearing up to welcome the new year on the occasion of Ugadi, the neighbourhood of Basavanagudi witnessed a disturbing incident on Friday morning with close to 100 pigeons (Rock pigeons) poisoned to death by miscreants.
The large-scale massacre of pigeons behind the famous Bull Temple of Basavanagudi came to light when several morning joggers and walkers to Bugle Rock park found the carcass of pigeon inside the park and over the boulders. A few of the pigeons were battling for life under the trees and bushes. 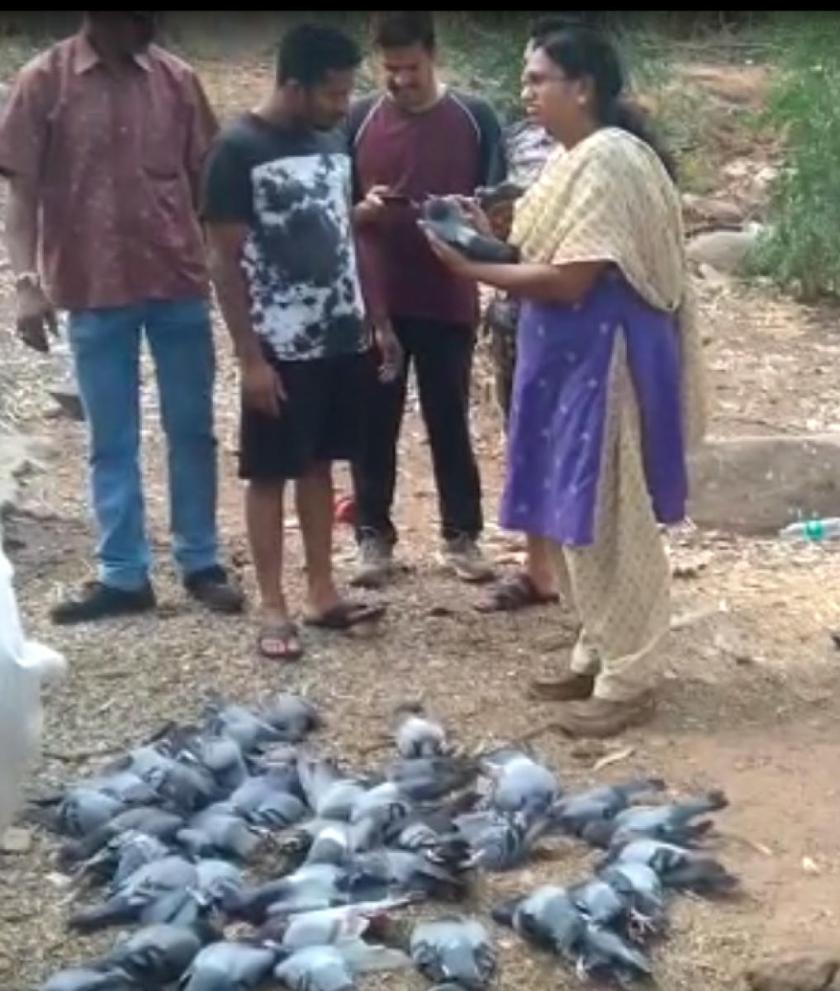 Disturbed by the incident, the walkers, assisted by the park attendants and BBMP personnel, collected the carcass of the pigeons and buried them at the park.
The locals alleged that miscreants may have poisoned the pulses-cereals that were fed to the pigeons. Evident to their claim, the samples of pulses had the pungent smell of a chemical.

A few even alleged that the birds may have been killed as part of witchcraft coinciding with the moonless (Amavasya) night on Friday.
BBMP officials visited the park and collected samples of pulses and viscera for further tests.